As another year hurtles towards its close, I started writing one of those end of year round-ups filled with all the fucking miserable, kick-in-the-snatch, blazing landfill things that have happened in 2017. But we all know the awful stuff going on in the world, and if you don’t know by now, mate, I’m not the one to tell you.

But, despite the creeping feeling that the universe slipped into a black star the day David Bowie died, popping out into a parallel dimension made of dog-shit and racism, the world is still full of amazing, wonderful things to explore and enjoy.

Music is a huge passion of mine, always has been, and not only is there new music being made EVERY SINGLE DAY, there is a gargantuan back catalogue of every type of music to discover. It is impossible to have heard all the music in the world. But it is fun trying. Listen to something you never thought you would listen to. Jazz, death metal, chamber music, dancehall, Russian folk ballads. Who knows, you might find your new obsession.

Exhibit b) Taking the plunge

This time last year, I had just had my first piece of writing published. My work, my poem, my words, being picked by a total stranger and put into a real book? I was elated. I hoped it was the start of something, after many rejections, and it most certainly was. What a difference a year makes. That stranger took me on as editor (thank you Matty-Bob) and we have since released three more charity anthologies as Burdizzo Books, each one better than the last, and raising money for some well deserved causes. I have had a real book launch for one of these anthologies, where I read my work aloud to human beings for the first time. I have performed at a spoken word night, and to date I have six books on my shelf bearing my name or containing my stories. The next step is to have my own novel published, and I’m working very hard to make this happen. I attended my first Horror Convention, and met some of the loveliest and funniest people in the flesh that I had only had the pleasure of ‘speaking’ to via the interwebs. I have made true friendships through the electronic beeps and boops of social media. And all because I did the thing, took the plunge, and put myself (and my words) out there. 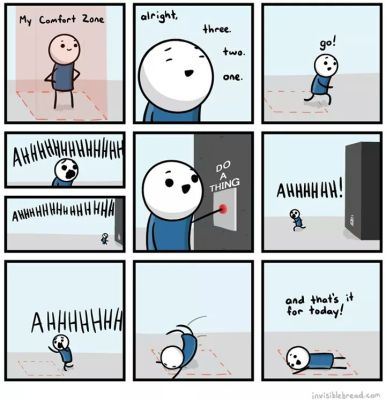 I try and do what I can, however small, by giving to charities such as Medecins Sans Frontiers and The Friends of Grenfell, and by giving all proceeds from our books to small independent charities such as NAPAC (supporting survivors of child abuse) and Resources for Autism. I also try and raise awareness of political issues via the Ungagged podcast, who took me on as regular contributor this year. It gives me an outlet for the frustration I feel as I watch the world around me. You can help in so many ways at this time of year: give to food banks, wrap presents for children in refuges, donate clothes and blankets to the homeless. You could just try and be friendly to someone you don’t know. It might make all the difference. This is the hardest season for so many people, and just letting a friend know you are there for them is a much better gift than book tokens (although, don’t get me wrong, book tokens are fucking awesome).

Family doesn’t have to be “family”. It can be friends. It can be neighbours. It can be work colleagues. It can be people you have never actually met who live 3000 miles away but have been there for you at 2am when you are having a crisis. They say “Hell is other people” but I’ve always believed the meaning of life is other people. I don’t mean other people are the only thing that can give your life meaning, but imagine how bleak life would be if you had no-one. Ever. Yes, solitude is nice, but learning about other people, how they think, what makes them tick, recommending things you like, taking recommendations from them, hearing their stories for the first time, creating in-jokes and shared histories. It’s what everything is about, for me.

So, yes, for a multitude of reasons, 2017 can drink my bin-juice. But there are still so many things to be positive about. If you find the world overwhelming, keep it small, keep it personal, and look for the good people in your life that keep you smiling. Your kids, your budgie, your mate down the road, your mate on another continent, whoever it is, and cherish them.